Stem Cell therapy is at the leading edge of treatment for osteoarthritis, tendon and ligament damage for both humans and animals.

This therapy has been shown to be effective in up to 95% of patients treated, and with 50 – 70 % not needing pain medication anymore. The benefits appear to last between eighteen to thirty months, and the treatment can be repeated. – Valley Farm Animal Hospital 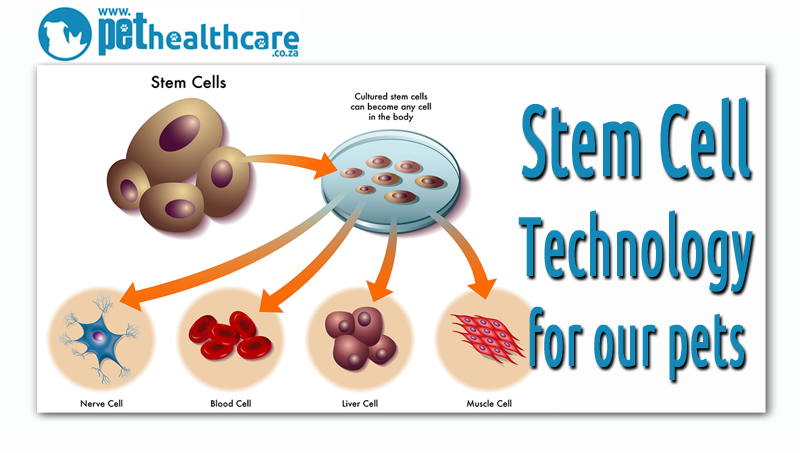 On 29 February an Australian News channel published a report for the benefits of stem cell technology for people with problems with their joints.

This video got us interested in the much needed subject which we thought would benefit our pets too.

The news kept on spreading the medical world and another news article appeared, and we came to the realisation that the dream of helping our animals with Stem Cell Technology is happening much faster than we could imagine too. 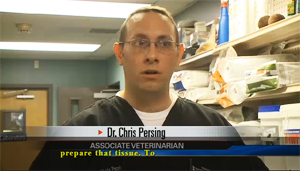 The surgery was for 5-year-old German Shepherd, Nike, and set an example of how stem cell therapy is changing modern medicine.  Although it took merely 30 minutes, it was tough for Jayne Stommel to watch, Nike's owner and trainer.  Stommel traveled from Indianapolis to South Bend hoping the operation would relieve her 5-year-old super dog of arthritic pain and ensure Nike could continue working for many more years.

Stommel's love for training rescue dogs began long before Guinness and Nike came along.  After seeing the devastation of 9/11 firsthand, Stommel says she discovered her calling.  With a little bit of research and the right dog, that dream became a reality.

Nike, is one of only 150 certified FEMA trained rescue dogs in the nation that actively works to find survivors of fires, building collapses and natural disasters.

While training at only a year old, Nike was in an accident which ultimately led to arthritis in her hips. "Nike is mid-career, she just turned five. If she doesn't have to stop because the pain in her hips, she should 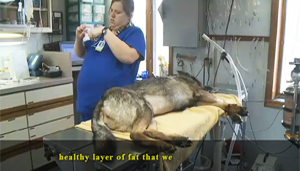 be able to go another four or five years," said Stommel.  Stommel knew in order to prolong Nike’s career as long as possible, the stem cell procedure, which was affordable and minimally invasive, was necessary.  "It takes a lot of work and training and that's after you find the right dog. They are very unique dogs.  Being able to keep her working longer, is very important," said Stommel.

Noticing that Nike was favoring her hip during recent training, Stommel was recommended to and then sought the help of Dr. Chris Persing and the team at Western Veterinary Clinic on the edge of South Bend.

The treatment was divided into two operations, the first was this morning.

"We opened up her abdomen; we found a good healthy layer of fat that we pulled out. I handed that over to a staff so that she could prepare that tissue. To extrude the stem cells, to incubate them, to excite them, to get them ready for a job to do. Later on in the day, we went ahead and used those stem cells to inject in to Nike’s hips," says Persing, Associate Veterinarian.

The injection went well and hopes are high for a full recovery. 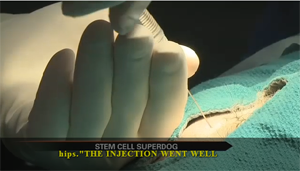 "After a two or three week period, she should be pretty much back to her normal activity and doing the things that she needs to for training again," said Persing.

And in just two months Stommel's other German Shepherd, Guinness, will be joining that exclusive list of certified FEMA trained rescue K9's.

Until then the two train together, waiting for Nike to join the pack again."

If your dog or cat is suffering from osteoarthritis, tendon and ligament damage, then be rest assured that this affordable medical technology is also available in South Africa.  Our veterinarians are known to be of the best in the world, and they are able to provide the latest in medical technology.  We found 3 veterinary specialists who are practicing Stem Cell Technology in South Africa, namely: 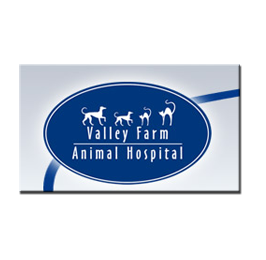 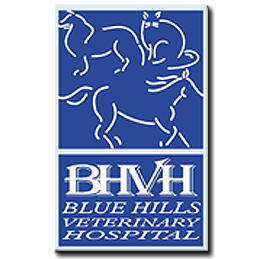 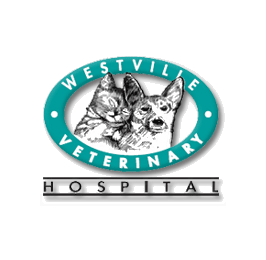 If you have benefitted from Stem Cell Technology or are planning to investigate this option, please let us know, as we would love to hear from you.

Pet Safety Checklist for the home
Keeping our homes safe for our loved ones is very important.  Herewith a checklist that can help yo

Tail Docking is Illegal
The cut goes through many highly sensitive nerves in the skin, cartilage and bone.  As of June 1, 2

Prevent Pet Suffocation and Asphyxiation
It is no doubt a very funny thing when you first see an animal with a bag stuck over its head.   In

8 Ways to Stop Puppy Biting
Puppies are irresistibly cute until they sink their needle-sharp baby teeth into your soft skin. Th

Buying Guide for Pet Toys
Toys.  Today we look at a few tips on how to get the correct toys for your pets.  Getting the right