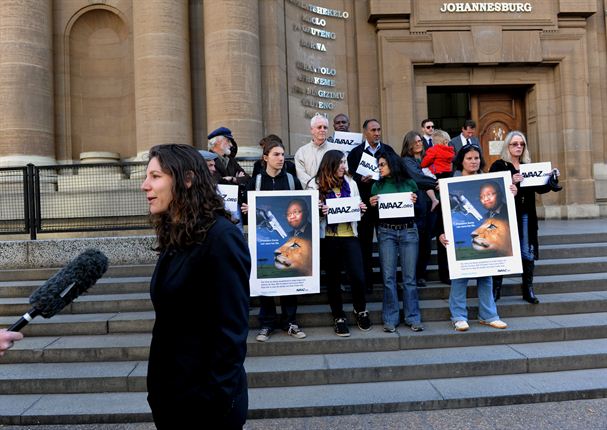 In a judgement that could force president Jacob Zuma to clarify his position on wildlife conservation, the Johannesburg High Court yesterday ruled that the Airports Company South Africa (ACSA) acted unconstitutionally and unfairly last year by ordering media giant Primedia to remove the AVAAZ campaign’s Stop the Trade in Lion Bones posters from OR Tambo Airport. 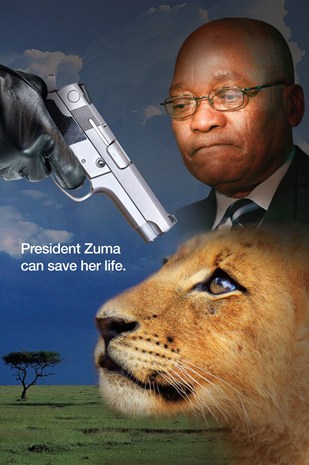 The Avaaz campaign focuses on getting President Jacob Zuma to end the lion bone trade and the slaughter of lions.

Last year, poster ads were displayed across the International Arrivals Hall, depicting a lioness looking down the barrel of a gun, with a picture of President Zuma in the background with the caption saying; “Our lions are being slaughtered to make bogus sex potions for Asia. Will President Zuma save them? Urge him to stop the deadly lion bone trade now.”

But parastatal airports company ACSA was concerned that the inclusion of the President’ s image in the ads would cause a “public relations nightmare” and ordered them to be removed after just nine days into a thirty day campaign.

Avaaz Executive Director, Ricken Patel fired back saying ACSA’s decision to remove the posters appeared to be politically motivated “and goes against the most central of free speech rights.
“Ripping down these ads smacks of censorship and silences the voices of 700,000 people who care deeply about saving South Africa’s lions.

“Instead of worrying about bad PR at the baggage carousel, Government authorities should be acting to stop the brutal trade in lion bones”. 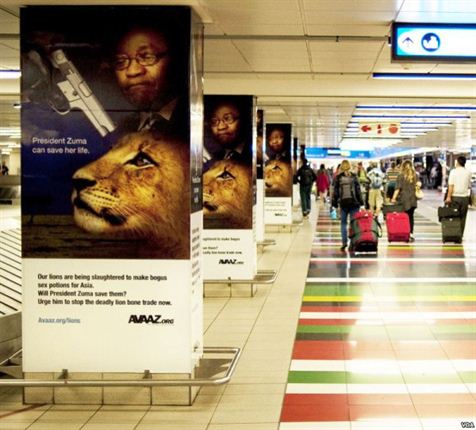 “We’re thrilled that more than 700 000 AVAAZ members have had their voices restored and that South African citizens can benefit from this precedent re-affirming their rights to petition the president and even to criticize him when necessary to act in the public interest.

“Acsa has kept these posters down long enough, while the fate of South Africa’s lions is hanging in the balance. They tried to exercise the kind of censorship that has no place in democracies, and it back-fired, as it always does when you attempt censorship.

“It’s time for Acsa to give up on this unlawful crusade and restore the posters, and for President Zuma to act in the interests of protecting lions from this kind of exploitation” Bassin said.

Retired lawyer and Director of The Campaign Against Canned Hunting, Chris Mercer congratulated Avaaz for their commitment to freedom of expression and social justice.

“AVAAZ has done more to publicise the plight of SA lions than all the SA wildlife conservation NGO's combined.
“Here is an internet-based organisation showing us how to fight for our wildlife heritage. Where are the champions of wildlife within our borders?”

Primedia did not oppose the AVAAZ court action, and ACSA was ordered to pay legal costs. 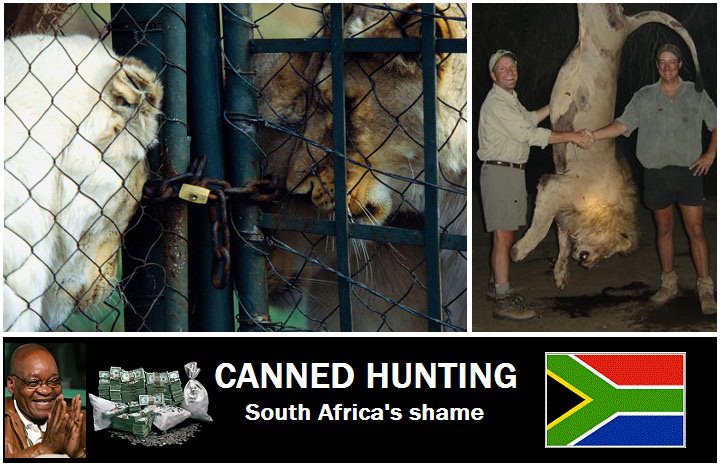 Getting the right bed for your old sizeable canine friend
Everyone is aware of the critical benefits of having a good night sleep on our health, both in the s

Video: Man Rescues Baby Coyote
Watching this man rescue a wild animal is the cutest thing ever, but hearing him talk to the little

Bute Banned for veterinary use
Phenylbutazone is declared a prohibited substance. 15 May 2014 The South African Veterina