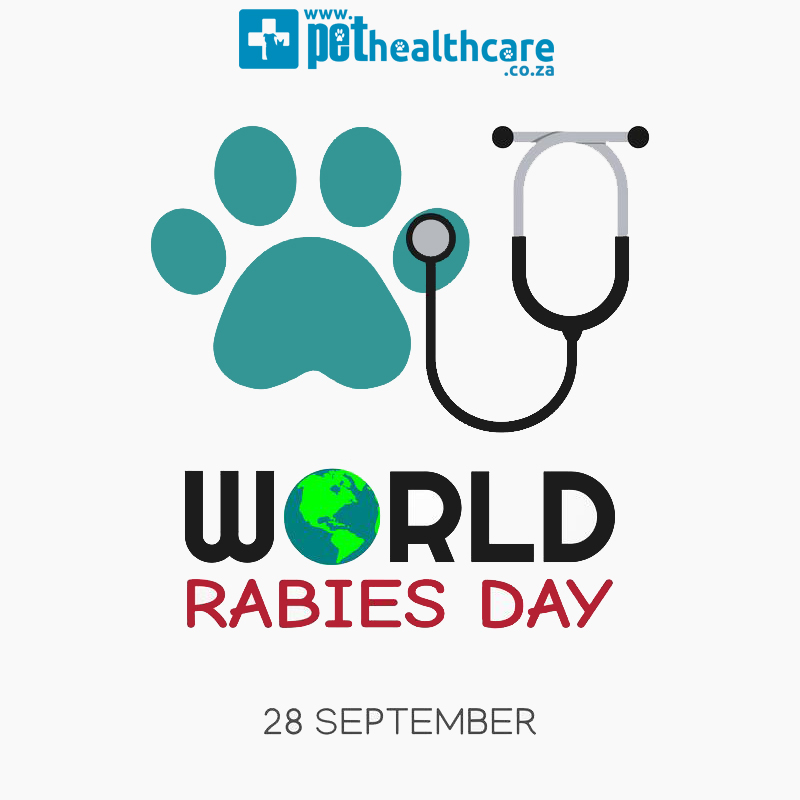 Johannesburg, 22 September 2021: This year’s 15th annual #WorldRabiesDay on the 28th of September will focus on eradicating the many fears and myths surrounding this disease and replacing them with concrete facts. Only through spreading the truth and helping each other to understand the reality of the issue can we overcome it. Besides urging people in all communities to vaccinate their pets, the South African Veterinary Association (SAVA) is joined by the South African Veterinary Council (SAVC), the Department of Agriculture, Land Reform, Rural Development (DALRRD), the National Department of Health (DoH), the National Institute for Communicable Diseases (NICD), the National Animal Health Forum (NAHF) and the Rabies Advisory Group (RAG) to replace fear with facts.

Rabies is a very serious problem that continues to exist in all nine provinces of South Africa. Dog-mediated rabies is particularly rife in Limpopo, Mpumalanga, KwaZulu-Natal, and Eastern Cape. It is a zoonotic disease, meaning that it is passed from infected animals to humans – it is transmitted through saliva, most commonly if one is bitten. It has a dramatic effect on the human brain and once clinical signs become visible, there is no curative treatment, and it is fatal.

According to modern statistics, this terrible virus kills at least one person in the world every 9 minutes. More than 70 000 people die from it each year according to The World Organisation for Animal Health of which about 95% of these deaths occur in Africa and Asia. 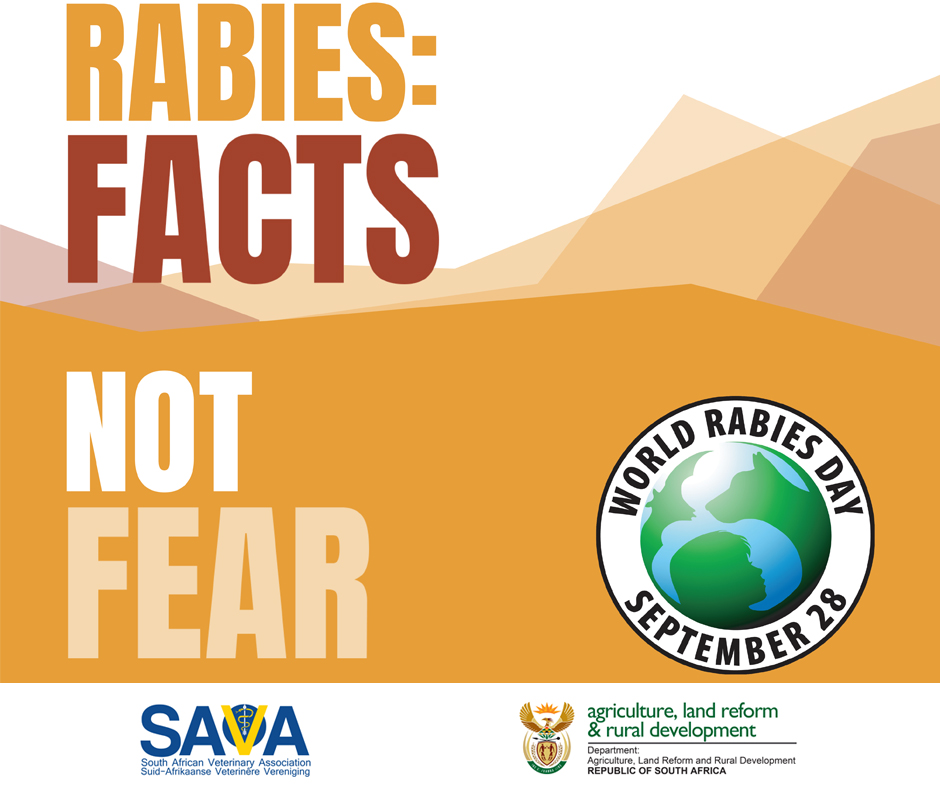 It is critically important that every owner, in all walks of life, has their dogs and cats vaccinated in order to protect our communities against this disease. Only by understanding the scientific facts and getting rid of myths and misinformation can this be achieved. Moreover, in South Africa not having your cats and dogs vaccinated is against the law.

Just as we have seen with the current COVID-19 pandemic, there has been a lot of misinformation, “fake news” and superstitions surrounding the vaccination and ways of dealing with the virus. The same can be said of many other diseases and viruses such as rabies. It was once said that “almost all fear is fear of the unknown. Therefore, what’s the remedy? To learn to understand the things you fear”. So, fear creates false and very often dangerous ideas which can only be cured by learning and sharing proven and scientific facts.

Let us look at some of the most common and misleading beliefs or myths that surround this countrywide danger which is based on fear, as opposed to the truths which are proven by many years of scientific studies. Lots of people believe and have spread the misconception that rabies is not preventable like it is in the animal from birth or “for life” – this is not true. Science has shown that it can be prevented through vaccination of animals by any responsible and loving pet owner and that if just 70% of dogs in high-risk areas are vaccinated, this can completely eliminate canine rabies in that area.

Another false belief is that rabies cannot be prevented in humans once bitten, that there is no medical treatment. This is not true. This also leads some people to trust in traditional medicines rather than scientifically tested and proven solutions. There certainly is a treatment for rabies in humans, if it is given correctly and immediately (or as soon as possible) after being transmitted. The post-exposure prophylaxis treatment is 100% effective if it is given early enough and correctly. If you are bitten or scratched by a suspected rabid animal, you should wash the wound well with soap and running water for 15 minutes. Then seek immediate treatment at your nearest medical facility, where a series of vaccinations will be given and if required, rabies antibodies will be administered.

People also have the incorrect idea that rabies is only ever transmitted by dog bites. This too is untrue. Though in our communities it is most commonly passed on by infected dogs, it can be transferred to a human from the bite, scratch, or lick from an infected mammal, the second most common being cats. 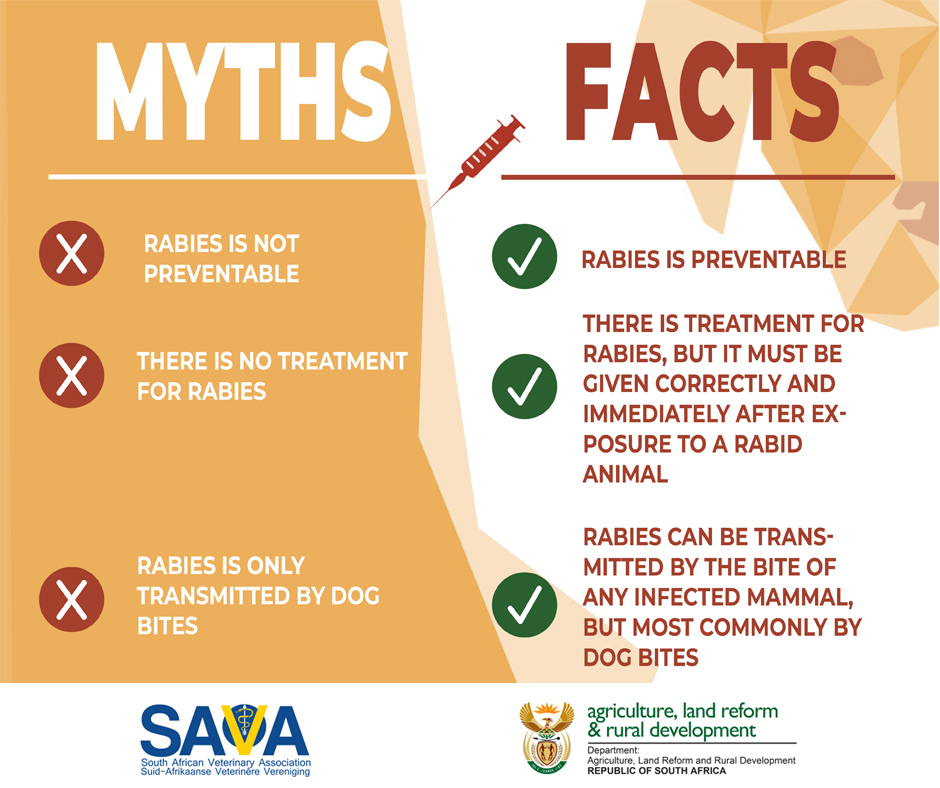 Animals, in general, are not a risk, but we can identify the tell-tale signs in a rabies-infected animal – if they are infected with rabies, they show changes in behaviour and neurological symptoms. They normally salivate profusely, can become paralysed, may not be able to swallow, continuously vocalise (barking, whining, howling, etc.), and often become aggressive or the contrary, non-responsive. It is very important to stay away from animals with these symptoms and to report the animal immediately to your vet, Animal Health Technician or to the police.

To protect your animals, family, and community you must vaccinate your dogs and cats. The first rabies vaccine is given at 12 weeks (3 months) of age, followed by a booster vaccination between one to 12 months later. Thereafter a booster every three years. In high-risk areas, annual vaccination is strongly recommended. However, it is never too late for your pet to receive their first vaccination, followed by the booster protocol.

South Africa is committed to the global “Zero by 30” goal – For zero human deaths due to dog-mediated rabies by 2030. This can be achieved through adequate vaccination of dog (and cat) populations, as well as provision of treatment to humans that have been exposed to rabid animals.

**The World Rabies Day South African campaign is proudly brought to you by the South African Veterinary Association (SAVA) and V-Tech.

Join us in saving human and animal lives by following us on:

WALLPAPER | 10 TIPS TO KEEP YOUR PET HEALTHY
Download a wallpaper for your desktop, tablet or mobile, and share to help keep pet health conscious

GENERAL ANESTHESIA IN SENIOR DOGS
A dog had a bad reaction to the anaesthesia after he went for a procedure at another vet.  The clien