The NSPCA South Africa applauds the decision made by the courts on 11 November 2013 to deny bail to the suspects being detained in connection with dog fighting charges. 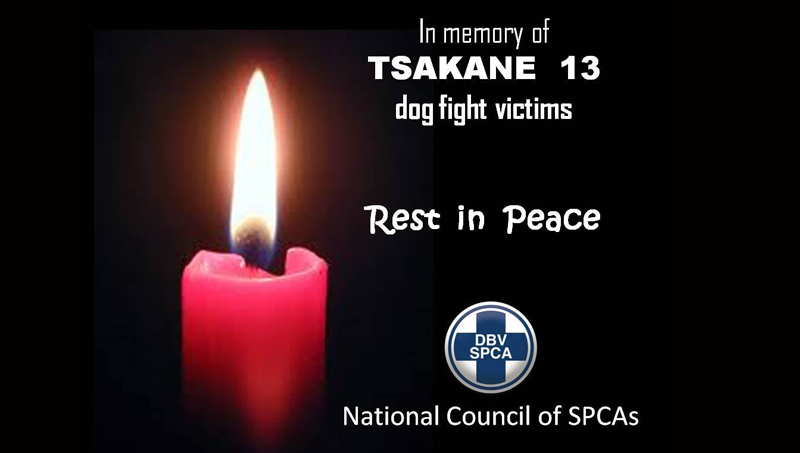 We at PetHealthCare.co.za believe dog fighting is practiced by insecure individuals who need to show their manliness by the size and aggression of their dogs.  This is then fueled by their inability to earn an income, so they resort to crime and easy money by gambling with their pets who fight to death.  The winning dogs generally provide the owner with huge payouts, and they also get these dogs to breed puppies which they charge fortunes for per puppy.  Insecurity can bring out a very dangerous side in people, which is why its so important for us to bless each other, especially our friends and family - all the time with good mental and physical health.

The actions of the people involved resulted in extreme abuse and they are saddened that eight of the remaining dogs removed during the NSPCA dog fighting bust last week Sunday, had to be euthanased by a veterinarian due to the seriousness and extent of their injuries and suffering.

The NSPCA is sickened by the heartlessness of the individuals who have utilised these animals in this horrific blood sport to feed their egos and enrich themselves financially. Their unspeakable cruelty has resulted in extreme physical suffering, mental abuse and loss of life.

The NSPCA commits themselves to ensuring that justice is served for these dogs, only one of which was able to be saved. "We will do everything in our power to ensure that those responsible for these horrendously violent crimes receive the maximum penalty available under the law."

The tremendous support and encouragement from the public and animals lovers nationwide is appreciated. The outrage of the South African public in this case has sent out a clear message to all persons who conduct themselves without feeling and subject animals to lives of misery and distress – their actions will not go unchallenged. Let the images of the dogs brutalised in this case remain sad reminders of the cruelty that takes place around South Africa and reinforce our combined conviction as animal lovers that we need to remain vigilant and take whatever steps are needed to eradicate the abusive treatment of animals, wherever this may occur.

Pitbulls used and bred for fighting are the victims in this organised crime and we need to join forces to report, reveal and remove pitbull fighters from our society. 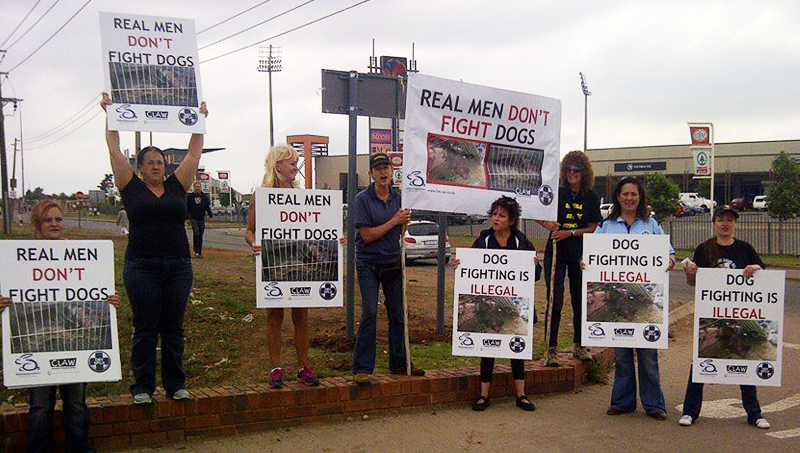 11 November 2013. Tsakane Court: Upon the arrival of the NSPCA at the Tsakane Court, they were met by a group of protesters showing their support to the NSPCA in the illegal dog fighting case.

Please help them to FIGHT dog fighting by sending an SMS with the key word FIGHT to 38018. Each SMS costs R10.

Media Release: City calls for public comment on its draft Animal Welfare Policy
Its wonderful to know that there are Local Governments in South Africa that make an effort to lead t

Tips to give your pet medication
No matter what animal you have as a pet, the odds are that you will have to provide them with medica

Advice for Pet Owners when they take their pets on holiday
Pet health over the holiday period If you’re a parent, your pet is an essential part of your...

Euthanizing Your Pet – What To Expect And Why You Should Be There
It is never easy when the time comes and you know you have to do the humane thing and end your...

11 Benefits of Fasting for Pets
Harvard University researcher and longevity expert, Dr. David Sinclair is famous for saying that...

Why You Shouldn’t Walk Your Dog Every Day
Do you walk your dog every day?  Most people consider dog walking an essential part of their daily...