21 September 2015:  Professor Darlene Lubbe is a top Ear, Nose and Throat surgeon takes on a challenge to perform her specialist services on a 11-month old French bulldog who was unable to breathe. The only way this doggie was able to breathe whilst asleep, was to lie on its back with the head tilted over the bed. 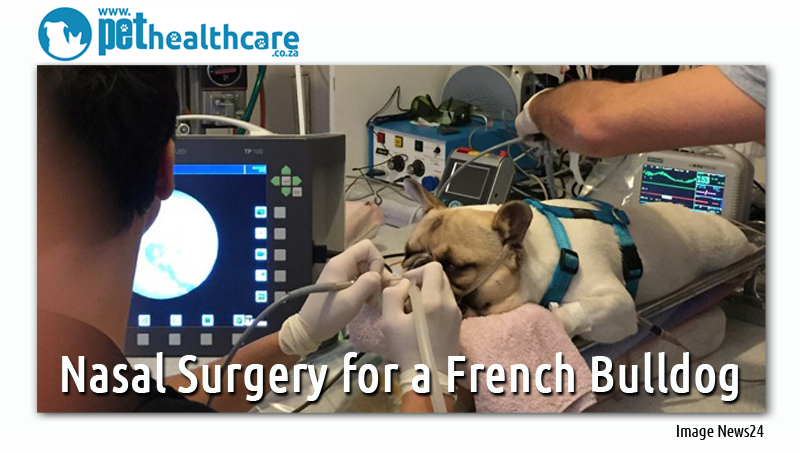 News24 interviewed Professor Lubbe regarding this complicated procedure that she performed at a veterinary practice at Sea Point in Cape Town, South Africa.

It all started when Dr Reena Cotton, of Vetpoint Veterinary Hospital in Seapoint contacted Professor Lubbe and requested her assistance.  Professor Lubbe, together with her assistant Dr Pedro Monteiro, acquired the necessary equipment (via donations) to perform this groundbreaking surgery for this helpless canine.

French Bulldogs are genetically prone to breathing problems and this could be the start of an opportunity for veterinarians to acquire this much needed skill to be able to help dogs who experience breathing difficulties due to their obstructive nasal passages. 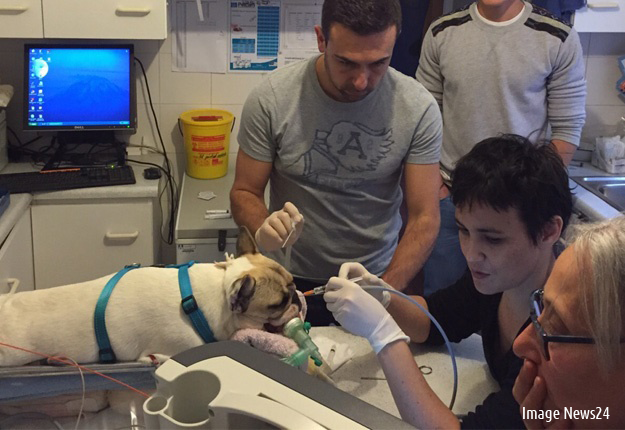 Post Operation
Its only been 2 weeks since the operation, but according to Professor Lubbe, Indie is doing much better.  She can now sleep and breathe normally.  We wish Indie a speedy recovery and look forward to hear of more veterinarians who are able to perform this type of surgery in the future.

What does brachycephalic mean?
"Brachy" means "shortened" and "cephalic" means "head". The skull bones of brachycephalic dogs are shortened in length, giving the face and nose a "pushed in" appearance. Due to the shorter bones of the face and nose, the anatomy and relationship with the other soft tissue structures are altered; some of these changes can cause physical problems for the affected dog.
Examples of breeds that are brachycephalic include Bulldogs, Boxers, Boston Terriers, Pekingese, Chinese Pugs, Lhasa Apsos, Shih Tzus and Bull Mastiffs. 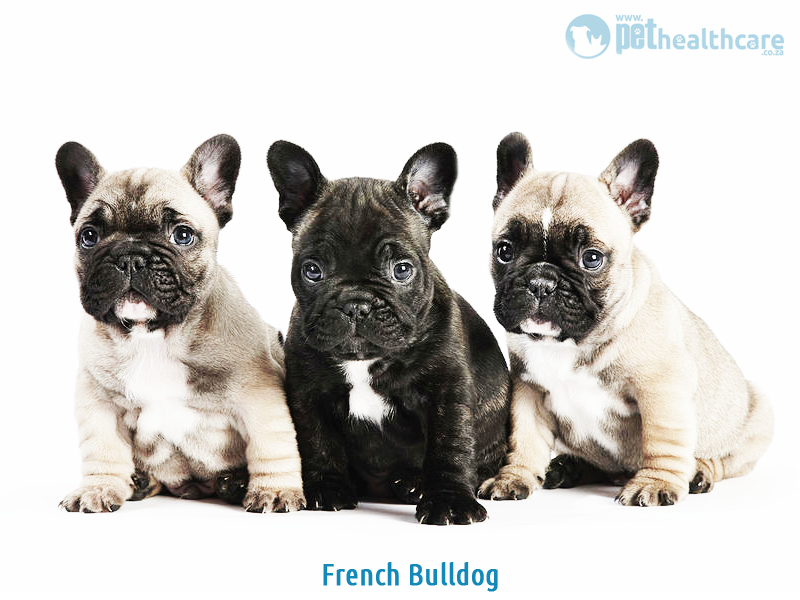 It is not surprising that the French Bulldog is known as one of the most expensive breeds to own.

Just like their English cousins, French Bulldogs often have a multitude of ailments in just one specimen. Although their temperaments are typically wonderful, their physical health results in veterinarian bills that increase over time.

While the Frenchie is still considered the healthiest of all the bull breeds, they do suffer from Von Willebrand’s Disease, which is a bleeding syndrome similar to Haemophilia in humans.  The French Bulldogs suffer from thyroid problems, and due to their compacted airways they can struggle to regulate their temperature effectively, and this can be lethal for dogs within an  hour.  They are also prone to back and spinal diseases, patellar luxation, entropion and cherry eye.

A French Bulldog puppy is also not a cheap purchase, so keep these costs in mind when considering your next pet.

How can I help my dog cope with separation anxiety
How does your dog feel when you leave it alone? Do you ever wonder how dogs feel when we leave them

The trauma of a dog eating a sock
True Story: Patient:  Chocolate labrador – 3 yrs old. Every once in a while our furry friends decide

SAYING FOREVER GOODBYE TO YOUR FUR KIDS
“Their paw prints will forever be embedded in your heart.” ~ Dave Thorpe For an animal lover puttin

Moving Your Pets?
Pet Transport has become an enormous industry, and when we want to take our beloved furbabies with...

Dog attack victim gets R2.4m pay-out
Pet owners in South Africa need no longer debate whether their animals should be kept on a leash...

5 Perfect Dog Breeds for Kids
A dog will be a fantastic addition to your household. There are so many good reasons why it’s...