Deworming your parrot is key to keeping him healthy.  "Here is an interesting article on the importance of deworming birds by Kellie Stewart in New Zealand. Her ideas on caring for a sick bird are very good and should be done immediately if a bird looks ill. I personally deworm my birds once a month for 3 consecutive days using Tramisol. Thereafter, I disinfect my aviary floors using Virukill. No matter which deworming product you use, the correct dosage is vital, followed by disinfecting to destroy any worm eggs left behind."  - says the aurthor. 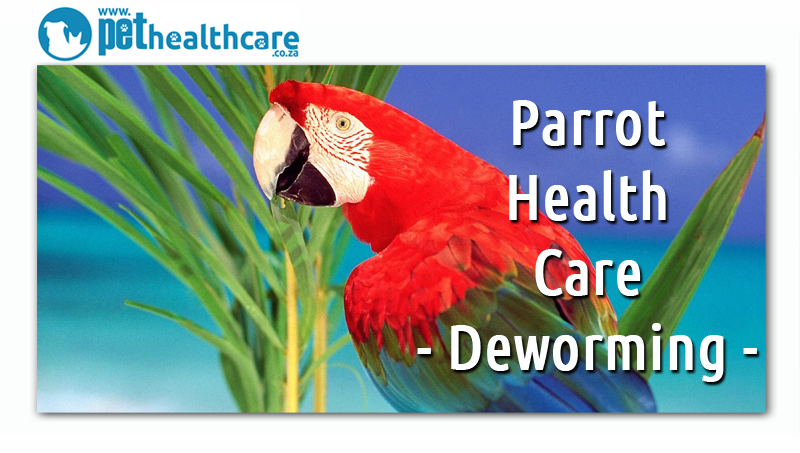 Even if you have a pet bird in a cage it still requires worming. All birds are susceptible to picking up worms, some birds more than others. Grass parrots, kings, princesses, cockatiels, budgies, kakarikis, barrabands, pigeons, cockatoos and doves appear to pick them up a lot easier than other birds. Young chicks are also prone to picking up on worms easier than adult birds. I have never seen a lorikeet with worms but I still would worm them, I think that may be the gut of a lorikeet is too acidic and the worms just don't like it, but I still worm my lories every 6 months by adding a wormer into the lorikeet wet mix.

Birds that spend a lot of time on the ground especially dirt floor aviaries that cannot be hosed and cleaned regularly come into contact with worms a lot easier than concrete floor aviaries. Birds that live in this sort of aviary should be wormed 3-4 times a year and the top layer of soil or sand to be changed on a regular basis. Suspended flights can be a good way of getting around this as the birds can’t get to their droppings as easy as a normal aviary set up where they have access to the floor. Concrete floors are the best solution as they can be cleaned a lot easier. It is a good idea to give your aviary a good clean the day after worming.

Worming before the breeding season is the best idea and some wormers may effect feather growth so worming while in moult may not be the best idea. 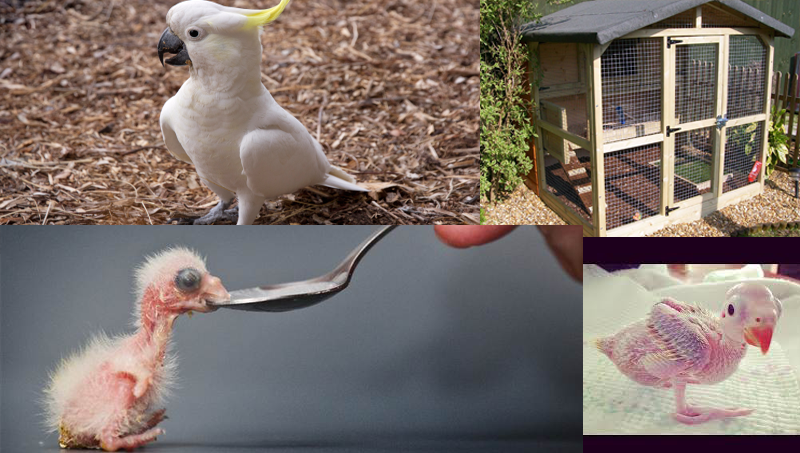 It is recommended to change your worming product as it is possible for worms to build up a resistance to the same worming agent. Most people also don't realize but depending on the worming product you use the dose may have to be repeated again between 10-14 days later. This is to catch any stray eggs that may be left to start the worm cycle again.

If you notice a bird doing a lot of sleeping but still eating when food is offered normally you will find worms to be the cause, a stained or dirty vent is another good sign but this is not always the case. I have seen birds with clean vents still badly affected by worm infestations. A sharp protruding keel bone is another good sign but you can’t always see this until you give the bird a physical examination. Vomiting is another sign your bird has worms but he tends to happen when a bird has had worms for a long period of time, or the bird is infected with a worm such as a gizzard or a hairworm.

When I am given a bird with a severe worm infestation, I have found this to be a good method of first aid treatment. I don't put the wormer onto an empty crop so I make up a thin mixture of hand-rearing food. I add my wormer. I also add a small amount of whet-germ oil to help the passing of worms. When birds are badly infested and you administer the wormer it can block the bird up by all the dead worms trying to be passed in the droppings. This is why some birds don't recover from a bad worm problem after treatment as the worms pulling away from the intestinal wall can cause internal bleeding and the passing of dead worms blocking up their system. If the bird makes it from this point I will give top-up feeds to get the bird's body weight up but as soon as you see the bird-eating well for himself things should be well on the track to mending and you can leave him/her to it. Repeat the dose 10-12 days after worming. 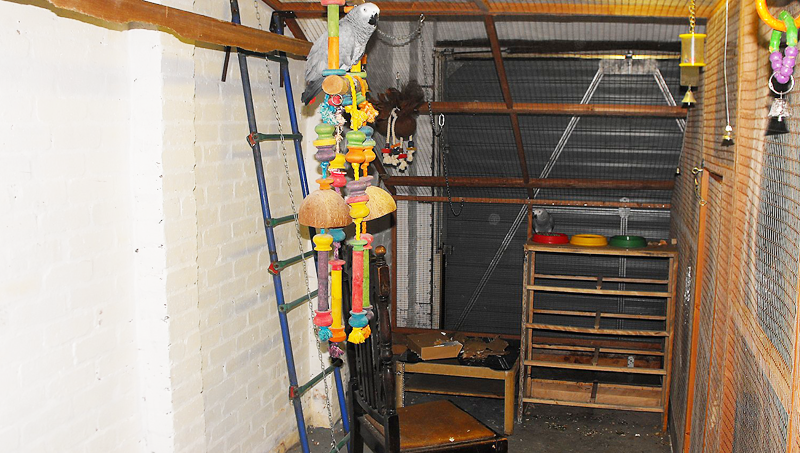 Ideas to aid a bird in recovery while treating for worms:

• Supply a heat source to keep the bird warm, hospital cage, brooder, or a desk lamp with a 100-watt bulb. Do not to overheat the bird. A good temperature for a sick bird is 28 degrees also provide some humidity if using a hospital cage or brooder. If using the desk lamp have a towel between the cage and the lamp or make sure the bird can get away from the heat source if it gets too warm.
• Leave a light going through the night so if the bird needs to eat at 2 in the morning he/she is able to.
• If you are able to top the bird up with a hand-rearing formula to help it gain weight faster. If the bird is very sick administer some type of electrolyte instead of solid food.
• If you are treating a bird with worms such as gizzard worm tapeworm or hairworm it may pay to use an antibiotic treatment as these worms can cause the bird’s intestine to be prone to bacterial infections as they damage the wall of the intestines and gizzard. Consult your vet if possible to see what antibiotic would be best suited.

1. Hairworm (Capillaria)
Signs:
• Diarrhea
• Not eating
• Anemia
• Weight loss
These live in the lining of the intestine, crop or oesophagus. Birds pick this worm up by eating the droppings of infected birds. The egg can live in the ground for several months. Suggested wormers are Panacur. These worms are very fine and sometimes can be difficult to treat. Often found in budgies, lovebirds, canaries and fowl.

2. Gizzard worm (Aquaria)
Signs:
• Sudden death in a bird
• Weight loss
• Droppings containing mucous
The cycle starts with adult worm laying eggs, which pass out in the droppings of the infected birds. These eggs are eaten by insects, such as slaters weevils and insects alike. While using the insect as its first host the larvae of the worm start to develop. In turn, the insect is then eaten by a bird and the immature gizzard worm’s move to the bird’s gizzard and burrow through the gizzard-lining wall to develop into adults. These worms damage the gizzard lining, which then affects the proper function of the gizzard, which is to grind down food. Birds normally die due to bacterial infection because of the damage to the gizzard lining. Finches or any insect-eating bird can be at risk from this type of worm.

3. Tapeworm:
Signs and symptoms are much like the gizzard worm. They like a damp environment. Mild infections can occur but heavy infections result in the above symptoms, damaging the intestinal wall causing infection. Control of insects and worms in you aviary are crucial as these are the hosts that start the tapeworm cycle. There are many different species of tapeworm that can affect birds ranging from 2-3 mm to 50-60mm long, different types of tapeworms will infect different types of bird. The same worm that infects a galah will not be the same type that infects a grass parakeet.

Some elements make birds more prone to roundworms:
• Young birds
• Birds under stress
• Birds that spend a lot of time on the ground.
• Wild birds getting into aviaries
• Dirt floors in aviaries

Roundworms are hard to detect in the early stages of infecting your bird. Breeding birds may stop breeding and appear listless. Roundworms are not usually seen in the droppings. The infection starts with a bird eating a roundworm egg passed from another infected birds droppings. The larva burrows through the bird’s intestine and then goes into the bird’s body to develop further. Then once again makes its way back to the bird’s intestine to develop into a mature adult worm. The cycle takes about 6 weeks. Roundworms can survive in the environment for long periods of time.

Help Stop Wildlife Selfies and you stop animal abuse
The time has come to put an end to WildLife Selfies.  Animals are being abused beyond words can imag

Mutt Mix Allergy Tests for pets
Animals in the wild generally do not have an allergic reaction to their food and environment.  Our m

Dog does a Drug Bust worth R50m!
On Sunday 6 March 2016, according to the Facebook page of Police Pics and Clips, the K9 Unit of Witr

Hair Loss and how to control it
Keeping your pet’s hair-raising issue under control Pets bring love into your home like no other; t