​Exciting news for the animals in and around the City of Cape Town!  Its about time that the owners take responsibility for their pets.  Too many pets fall victim to injury and neglect due to their owners not taking care of them in the correct manner.  Stricter control of aggresive dog behaviour, excessive barking and strays will now be implemented with a combined effort from the City of Cape Town and the local SPCA.  Its a case of 'more hands on deck' to help and take care of those in need.

The recent very sad incident of a husky dog being beaten to death by a neighbour in White River Mpumalanga, is an example of where an animal becomes the target of abuse, because the authorities did not take control of regulating (or fining) the owners (the two neighbours) for improper animal care on both sides of their fences.  If these owners were taken to task by the authorities (with fines - or possible removal of the animals) these animals might still have been alive today.

We are wishing the CoCT and the SPCA all the best in their venture to make the world around them a better place for all who live in it. 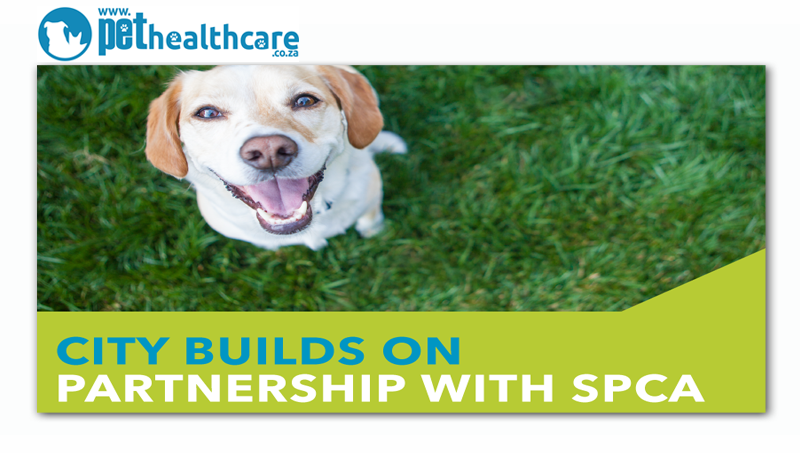 The City of Cape Town has brought the SPCA on board as a service provider in support of its Law Enforcement Department – specifically around the enforcement of the Animal By-law.

The City’s Mayoral Committee Member for Safety and Security, Alderman JP Smith, today - 19 February 2015 - laid a commemorative cornerstone to signal the start of construction of a new animal care facility at the SPCA’s Grassy Park premises.

‘I am honoured to have been part of this event. I have always had a very soft spot for animals and I am a great admirer of the work that our animal welfare organisations do. Just last year, I had the privilege of witnessing how the efforts of animal welfare volunteers and a kind-hearted resident resulted in a second chance for a dog I found along the N2 being abused by a group of children. Freeway, or Roxo as he is known nowadays, has now found a loving home and has blossomed in the last year. I recently had a visit from him and his new owner and it really is a true example of the hard work and possibilities that come with caring for animals in need,’ said Alderman Smith. 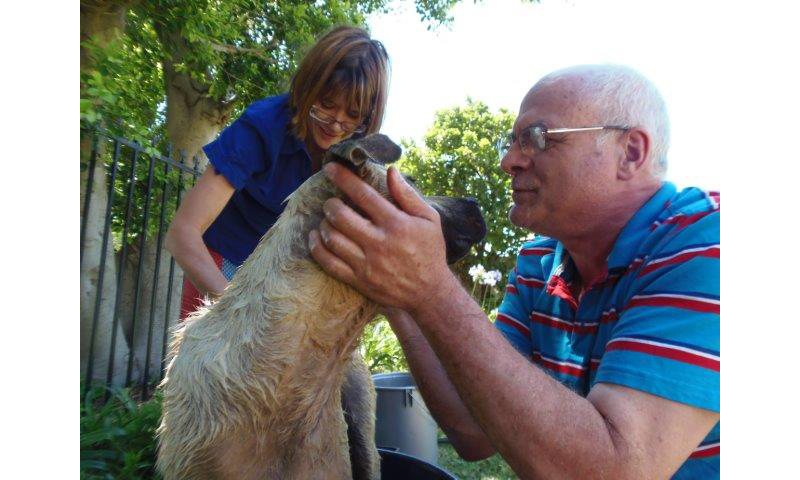 Today’s bricklaying event is fitting as it comes just weeks after the City appointed the SPCA as a service provider in support of its Law Enforcement Department. A three-year service level agreement to the value of R4,5 million will be signed soon.

The Law Enforcement Department is the responsible and competent authority to implement and enforce the City’s Animal By-law.  However, due to the specialised nature of this function, it does not have the resources, skills and expertise in the administration of animal care, pound and control-related services.

While the by-law includes a range of animals, the most common complaints relate to

They also impounded 215 dogs during Jan 2013 - Aug 2014. One case of unregistered kennels saw 12 dogs impounded. In a few other cases, dogs have been impounded for barking in relation to the by-law which prohibits a dog from repeatedly barking continuously for longer than six minutes in an hour or more than three minutes in half an hour; however, most of the impoundments related to dog attacks.

The SPCA will therefore be providing these specialised services in respect of cats, dogs, equines, cattle and small livestock on a 24-hour basis, seven days a week. The impounded animals will be kept at the SPCA as per the required legislated impound periods.

‘I am very excited about this partnership because it underscores the importance of working together to achieve our goals and build a better city for our residents and, in this case, the many animals who are left at the mercy of people. The SPCA has a long and proud track record in terms of animal welfare and I am confident that they will offer a valuable contribution to our efforts to enforce the Animal By-law,’ said Alderman Smith.

Complaints to the City of Cape Town's Law Enforcement on the above can be logged here:
C3 Service Request

Reptile Rescuers List South Africa
Snake Bite SOS 112 Animal lovers are a breed of their own.  We love all animals, no matter what they

What happens to a dog left in a hot car?
We can not stress enough how sad it is when we hear about people or pets left (or forgotten) in hot

8 Ways to Stop Puppy Biting
Puppies are irresistibly cute until they sink their needle-sharp baby teeth into your soft skin. Th