Animals and animal-lovers win big in the Bravecto® Feed the Furry Nation competition. 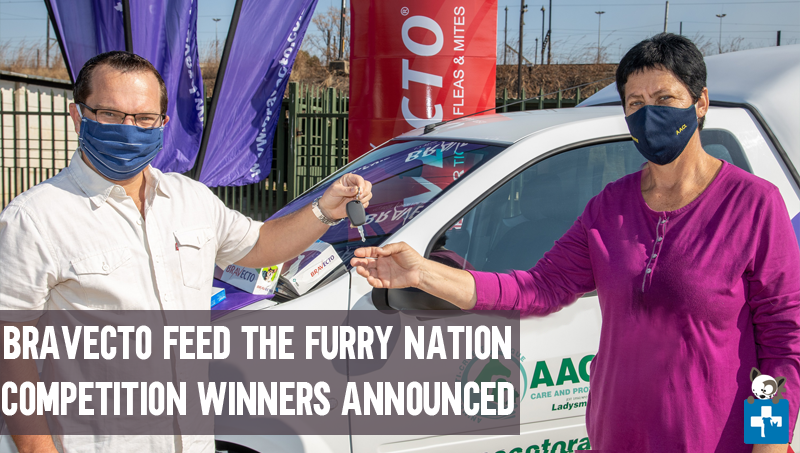 At a time when finances were limited, and animal shelters overwhelmed, Bravecto® ran the Feed the Furry Nation competition, providing food to animal shelters countrywide – and big prizes for its loyal supporters. On Thursday, 2 July at 11 am, the Bravecto® team handed over the first-place prize of R25 000 to Mr Richard Marr, as well as a brand-new Nissan NP200 Bakkie and a stash of Bravecto® to Richard’s nominated shelter and event host, AACL (Animal Anti-Cruelty League) Ladysmith. 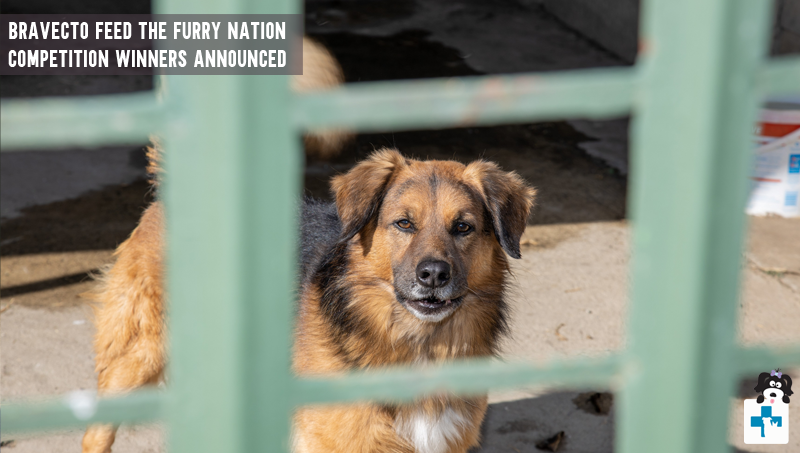 “We created the Feed the Furry Nation campaign as a way for our loyal Bravecto® users to support welfare organisations that do an amazing job. They assist our less fortunate furry friends,” explained Dr Carolyn Chelchinskey, MSD Animal Health’s Business Unit Manager/ Companion Animals. “This was planned before the emergence of Covid-19, but the campaign became even more important during lockdown when welfare organisations lost most of their funding and demand increased. It was heart-warming for the Bravecto® brand to be able to help in this desperate time, and we would like to thank the vets, veterinary support staff and pet owners that supported this campaign and helped us make it a success.” 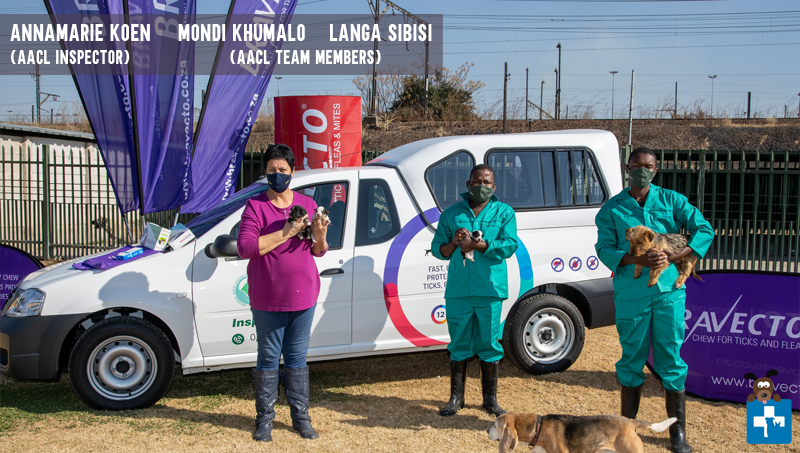 The competition, which ran from 1 February 2020 until the extended date of 15 May 2020, consisted of several generous elements. The first saw a percentage of all Bravecto® sales donated in food to eight shelters across South Africa, totalling more than half-a-million rand’s worth of food, weighing in at 23 068kgs in total. 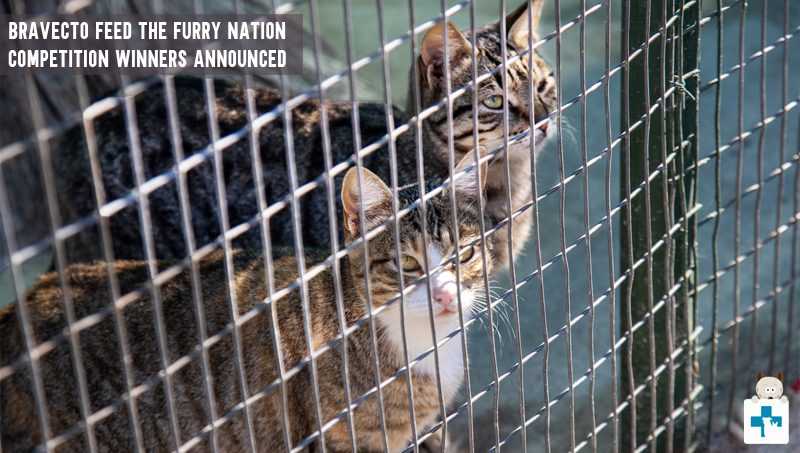 Every second week, Bravecto® distributed the food donations to the animal shelters, which included: 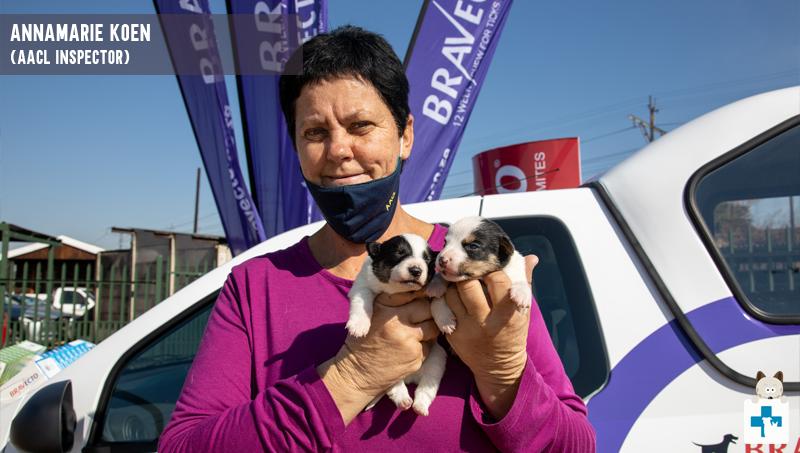 The unprecedented pandemic and subsequent lockdown measures prompted the team from Bravecto® to expand the food offerings, with the following animal shelters receiving donations worth R4 000 each: 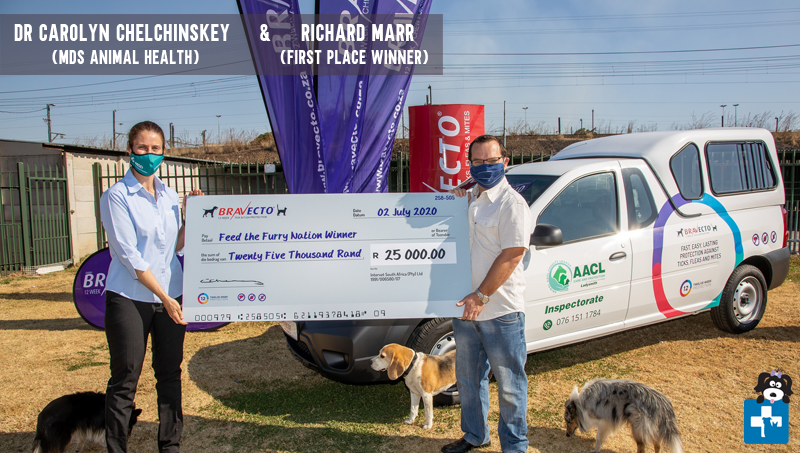 The second part of the contest gave loyal Bravecto® customers the chance to win big – all they had to do was fill in an entry form at their vet outlet or enter online, submitting a photo of their invoice. The first, second and third-place winners won a share of R40 000 cash, with the first-place winner also nominating an animal shelter to receive a Nissan NP200 bakkie and a stash of Bravecto®.

Commenting on his big win, Ladysmith resident and owner of three beloved pups, Richard Marr, said: “I was completely taken aback when I received the news that I had won. I am so grateful to Bravecto® for this prize; it couldn’t have come at a better time for me.”

Not only did Mr Marr win the cash for himself, and the bakkie for his local animal shelter, but he also chose to share his winnings even further.

“Christina Mazibuko, who works for me, had her house in Peacetown seriously damaged during a storm last year, so I will use some of the money to assist her with much-needed repairs, and will use the rest to finish off some projects around my house.” 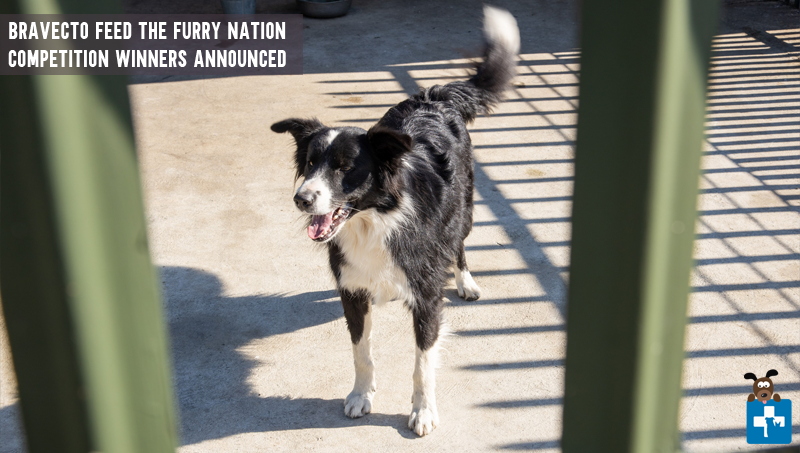 He said that Bravecto® had been a ‘game-changer’ for his dogs, Busta, Layla and Snoop: “They are incredibly active and love running into the long grass and chasing creatures when out on the run. The outdoors inevitably results in hours of de-fleaing and tick hunting after adventures and is additionally a major risk with the sicknesses which they bring onto our pets. Bravecto® was recommended to me by my mother, and I have not looked back. One treatment every 3 to 4 months and all my worries about the complications that can come from tick and flea bites have vanished.”

Having adopted two of his pups from rescue shelters, he wanted to continue his support for organisations that care for neglected animals. For this reason, he nominated AACL Ladysmith for the prized Nissan bakkie and Bravecto®. AACL Ladysmith has been providing shelter for stray and abused domestic animals for 30 years, investigating and attending to cases of abuse and cruelty. 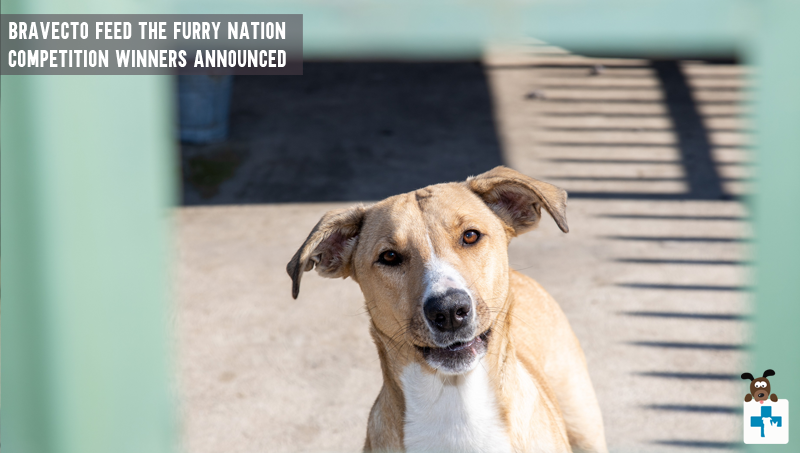 Commenting on the donation, Frank Ackerman, AACL Ladysmith Kennel Manager, said: “We were unaware of the Bravecto® competition, so it came as an absolute surprise when I was told we had won the bakkie. What a blessing to know that we can continue to provide our services in the Ladysmith district with a new, reliable vehicle. Sincere thank you to Bravecto®, all who participated in the competition and, of course, to Richard Marr for nominating us.”

Pack a Wagging Winter Shoe box to keep one pet warm this winter
Winter has settled in Cape Town with rain and icy temperatures. The township of Khayelitsha has an

Avian Pox and the risks it exposes to our wild and domestic birds
Cape Town 16.01.2019:  There have been reports of wild birds (pigeons and doves) being brought into