By Thomas & Shona Schmidt: I`ll never forget this day on the 23rd of March 2018 late afternoon.  As I was driving back home from work, I noticed a little mix breed puppy struggling to stand and shivering from pain and fear next to a busy road outside a little town called Humansdorp in the Eastern Cape, South Africa.

I could not believe my eyes. I had to stop my car and return to the puppy. 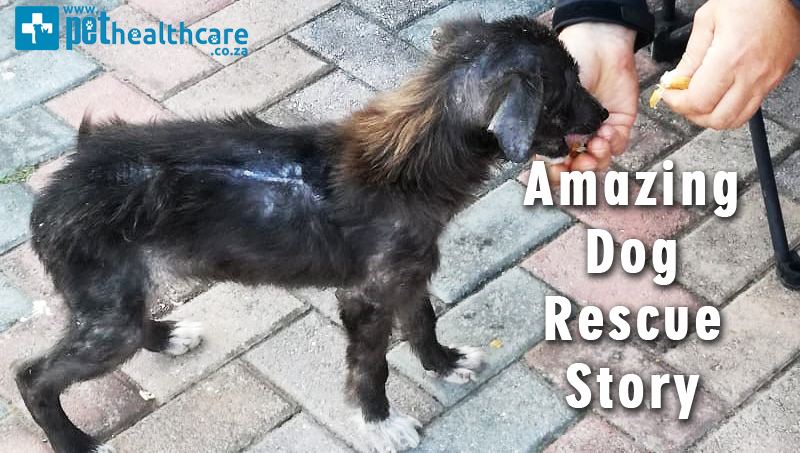 The traffic was very busy during rush hour.  I approached slowly and walked closer to this little helpless creature.  His body was covered with fleas and ticks, and I noticed patches of missing fur all over his tiny body. He had a nylon rope tied round his neck and was trying to get rid of it, but he was not strong enough to do it. In the meantime, I also noticed a big open bloody cut on his back, starting from his neck right down to the tail. I don`t know what had happened to him! He must have escaped from somewhere and injured himself badly.

Who can be so cruel to animals, especially ones as small as this little dog? I did not hold back for one moment and placed him on the passenger seat next to me for a short 15 minute drive to my home. He was exhausted and very weak, but I was determined to get help for him as soon as I can.

As soon as I arrived at my home in Jeffreys Bay, I called my wife. Surprisingly she could believe what I was holding in my arms. Without any waste of time, we both drove to our Vet, as time was running out. The vet he took a closer look on this little boy, we named him `Moses`.

After being seen by the Vet, he suggested it’s best to have him put down. 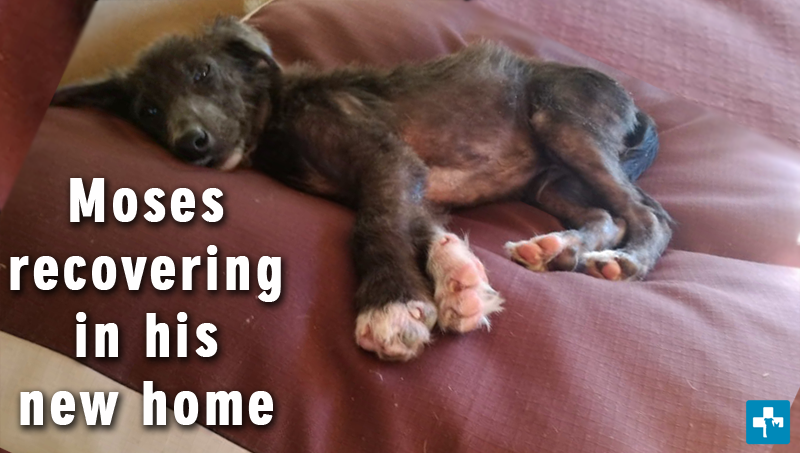 Obviously, we said no, we want to help MO. Our vet said he was about ten weeks old. We gave him puppy milk supplement, vitamins, treatment for mange, tick & flea treatment and vaccinations. My wife took on the task to nurture him back to health.  She had to feed him small amounts of food, six time per day, as his tummy had shrunk due to lack of food. He was just under three kilograms and very dehydrated.

My wife and I nursed MO until he made a full recovery.

We have three other dogs - 2 ridgebacks and one sausage doggy, they accepted MO immediately. 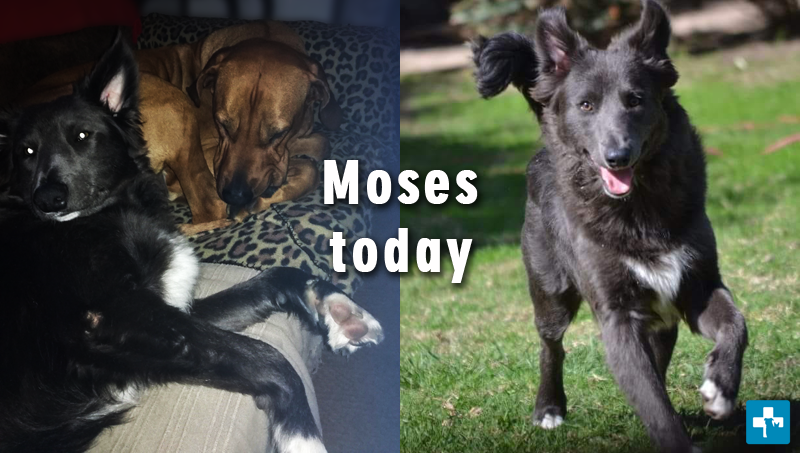 Today, at six months of age, Moses is the most beautiful dog, a cross breed between Border collie and something else. He has a lovely character, and now has a smile on his face every day.

WALLPAPER | 10 TIPS TO KEEP YOUR PET HEALTHY
Download a wallpaper for your desktop, tablet or mobile, and share to help keep pet health conscious

Freebie Friday Montego Sauce Give Away
15 Janurary 2016:  The newly launched Montego Sauce is a brand new add-on for your dog’s meal! This

Dog Parks : What you should know before visiting them
Dog parks are known to be a fun outing for you and your pooch.  Are you and your dog safe at the par

Giving back on Animal Welfare Wednesday
Its important to give back in life.  We at www.PetHealthCare.co.za try our best to give back to you,